Can your smart phone make you safer in the City of Syracuse?  Mayor Ben Walsh joined members of the Syracuse Police Department to roll out new technology to help reduce crime and improve community relations. You might have a phone app to find your way around or get a ride, maybe check the weather or play a game. Deputy Chief Joe Cecile wants you to get another app for community benefit.

“Nothing makes it safer, nothing assists with quality of life (more) than collaboration and communication between the residents who live there and the police department.  And that’s what this TIP 411 is going to allow us to do.  We’re going to roll out an app that allows us to communicate and dialogue with the residents throughout the city with everything from crime down to public relations-type events.”

People can download the app on I-Phone or Android smart phones.  Mayor Walsh says it can add some eyes and ears to the police on patrol.

“You may notice a suspicious vehicle in your neighborhood; you may have a vacant house in your neighborhood and you notice some suspicious activity around there, and knowing that I can just pull out my phone.  I can submit a tip to the police department.  The functionality to include a photo is really useful.  So having the app on your phone makes it convenient.”

Tips sent through the app are anonymous.  Authorities say that makes it more useful than texting, where people fear consequences of giving police information.  Police can also use the app to send messages to people about crimes that are going on in their neighborhoods.

Read the full story at WAER.org

“We viewed it as a way to improve and increase our ability to interact with the public,” town police Chief Michael Finkelstein said about the decision to launch the app.

East Lyme residents can get the app through the Google Play Store, iTunes App Store or the East Lyme Police Department’s website, bit.ly/ELPolice, according to a news release announcing the app.

The ‘East Lyme PD’ app is free and was created by tip411, the release states.

Finkelstein stressed that the system is not monitored “24/7,” so anytime people have an immediate need for police assistance, they should call 911 or the regular East Lyme Police Department phone number.

Residents who don’t use a smartphone still can make anonymous tips by texting the tips along with the keyword “ELPD” to 847411 (tip411). They also can send tips online on the police department’s website, bit.ly/ELPolice, according to the release.

Police departments across the country use the tip411 system. Hamden and New London, which uses the system for anonymous tips, are among the police departments in Connecticut that use it, Finkelstein said.

East Lyme police plan to send out notifications about crime through the app. For example, when police were looking to identify a man who reportedly stole packages off a porch earlier this month, police could have used the app to push out information about the incident, including a photo, he said. People then could have replied to police anonymously about who they thought the man might be.

“We certainly encourage people to go out and get the app,” Finkelstein said. “It allows us to get information out to people much quicker.”

And, if people spot suspicious activity — whether it’s suspected drug-related activity or human trafficking or anything else — they can report what they see to the police through the app, Finkelstein said.

He said the app creates a dialogue between police and residents in which people can provide updated information and police can ask questions — and it’s all anonymous.

Read the full story from TheDay.com 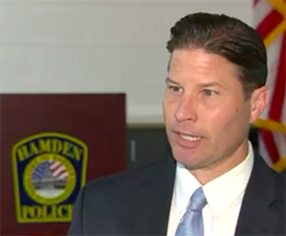 For Hamden Police, it is another step in helping to bridge the gap between police officers and the communities they protect. A new smartphone app called tip411 lets smartphone users submit crime tips anonymously. Click here to see the video of Chief Wydra talking about the value of tip411. Learn more…

“Our mission is the preservation of public peace and order, the prevention and detection of crime, the apprehension of offenders, and the protection of persons and property,” said Stratford, CT Police Chief Joseph McNeil. “To achieve this goal, the department strives to gain and retain the confidence and respect of the public in such a way as to insure the welfare and betterment of the citizens of Stratford, and we believe our new app will help us better connect and engage with our residents.” Full Story Here…

COMING SOON!: tip411 Select will allow your agency to connect with specific groups within your community like never before by allowing them to communicate in their preferred language. This cutting edge app, which can be customized for your agency, will 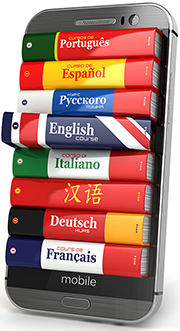 make interacting with your residents easier, more efficient, and instantaneous. Learn more about all of tip411’s subscription options…

tip411 Pro is a cutting edge app, which can be customized for your agency, will make interacting with your residents easier, more efficient, and instantaneous.

tip411 and members of our team will be at Booth 1629 during IACP 2017 in Philadelphia next week sharing information about the innovative new tip411 Pro Mobile app as well as, for the first time ever, discussing tip411 Select!

This new product will allow your agency to connect with specific groups within your community like never before by allowing them to communicate in their preferred language!

Click here to register for a 10 minute time slot at IACP to meet with one of our representatives.

We hope you’ll give the Yonkers PD tip411 Pro Mobile app a look and then stop by our Booth 1629 to enter for your chance to win a GoPro and learn more about how we can help your agency engage with the public, share information, and receive 2-way anonymous tips to make your community safer.

Learn more at tip411.com and follow us on social media @tip411CO and Facebook.com/tip411 to see how other agencies are benefiting from our system.

For Hamden Police, it is another step in helping to bridge the gap between police officers and the communities they protect. A new smartphone app called tip411 lets smartphone users submit crime tips anonymously.

“Often I’ll be in meetings and hear people say like I did yesterday, well, I didn’t want to bother the police. I heard from somebody else well, I want to be anonymous and I didn’t want to get involved so to speak,” said Hamden Chief of Police Thomas Wydra.

Wydra said the goal of the department is to connect with everyone in the town but realizes certain groups of people are hesitant to engage. Officers believe the app will encourage people to alert them of suspicious activity.

“We wanna reach people who ordinarily might not be willing to engage with us for a variety of reasons. That includes kids, people whose immigration status may be in jeopardy or some other process they don’t want to engage the local police. This is another way for them to reach us,” said Wydra.

Read the full story and see the video from News 8 – WTNH.