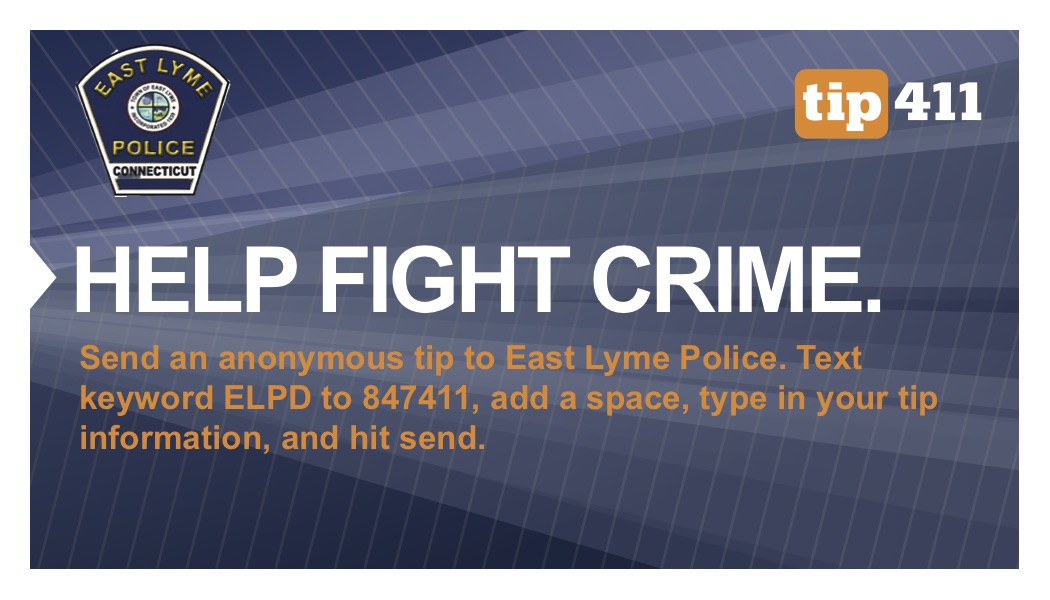 “We viewed it as a way to improve and increase our ability to interact with the public,” town police Chief Michael Finkelstein said about the decision to launch the app.

East Lyme residents can get the app through the Google Play Store, iTunes App Store or the East Lyme Police Department’s website, bit.ly/ELPolice, according to a news release announcing the app.

The ‘East Lyme PD’ app is free and was created by tip411, the release states.

Finkelstein stressed that the system is not monitored “24/7,” so anytime people have an immediate need for police assistance, they should call 911 or the regular East Lyme Police Department phone number.

Residents who don’t use a smartphone still can make anonymous tips by texting the tips along with the keyword “ELPD” to 847411 (tip411). They also can send tips online on the police department’s website, bit.ly/ELPolice, according to the release.

Police departments across the country use the tip411 system. Hamden and New London, which uses the system for anonymous tips, are among the police departments in Connecticut that use it, Finkelstein said.

East Lyme police plan to send out notifications about crime through the app. For example, when police were looking to identify a man who reportedly stole packages off a porch earlier this month, police could have used the app to push out information about the incident, including a photo, he said. People then could have replied to police anonymously about who they thought the man might be.

“We certainly encourage people to go out and get the app,” Finkelstein said. “It allows us to get information out to people much quicker.”

And, if people spot suspicious activity — whether it’s suspected drug-related activity or human trafficking or anything else — they can report what they see to the police through the app, Finkelstein said.

He said the app creates a dialogue between police and residents in which people can provide updated information and police can ask questions — and it’s all anonymous.

Read the full story from TheDay.com