Thanks to tips submitted via their tip411 system, the Delhi Township, OH Police Department were able to positively identify two suspects from a recent identity theft after publishing a community alert using their tip411 system. Both suspects have been indicted and one suspect has been arrested.

According to Delhi Township, PD Chief of Police James Howarth, “We appreciate tipsters helping us solve crimes regardless of whether they come forward or remain anonymous. We serve a community that supports and assists our department; however, some don’t feel comfortable being involved. In such cases, offering and receiving anonymous tips from our tip411 system is invaluable and proves beneficial time and time again.” 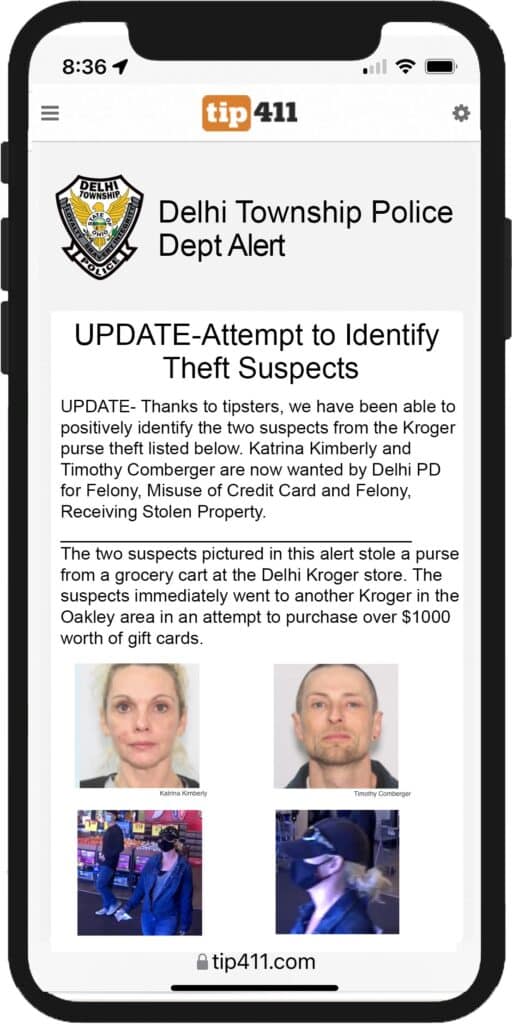 According to the alert published using their tip411 system, the two suspects stole a purse from a grocery cart and the suspects immediately went to another area store in an attempt to purchase over $1000 worth of gift cards. That purchase was declined, but the suspects were able to make a purchase on the victim’s credit card at another area business.