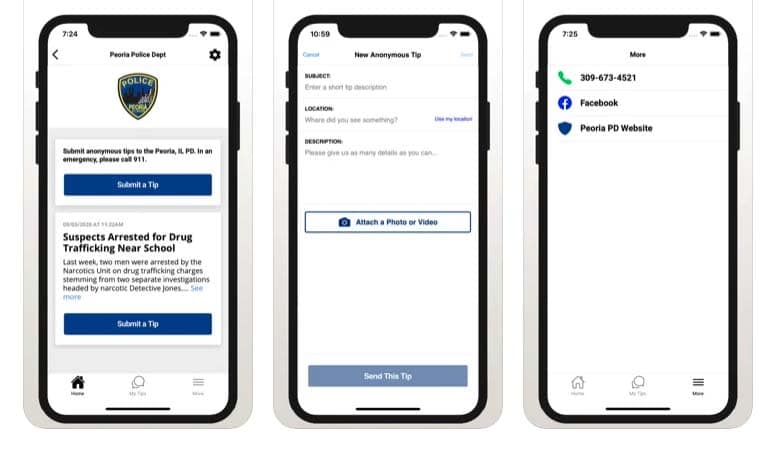 Peoria, IL Police say their new Peoria PD mobile app, developed by tip411, is working to help solve crimes. The app was launched in January 2022 and police say it is already leading to arrests.

After a record year of homicides in 2021, Peoria Police say they are looking to fill a void in how they communicate with tipsters. It’s already making an impact. Assistant Police Chief Brad Dixon says they are receiving two to three tips a day.

“It’s led to arrests we’ve been looking to make for some time,” said Dixon. “The ability to be able to respond to the tipster anonymously has been hugely beneficial for us.”

“We have several administrators in the department that get the tip,” Dixon continued, “You can’t see who the tip is from, it’s just the information.”

The app is already making impressions in the community. “I would download and use it,” Peoria resident, Brandon Mackey, continued, “I think anything that can be down to head off all the crime that’s going on around this town, is a worthwhile measure.”

The Peoria PD tip411 mobile app is available for free via the Apple App Store and Google Play Store.