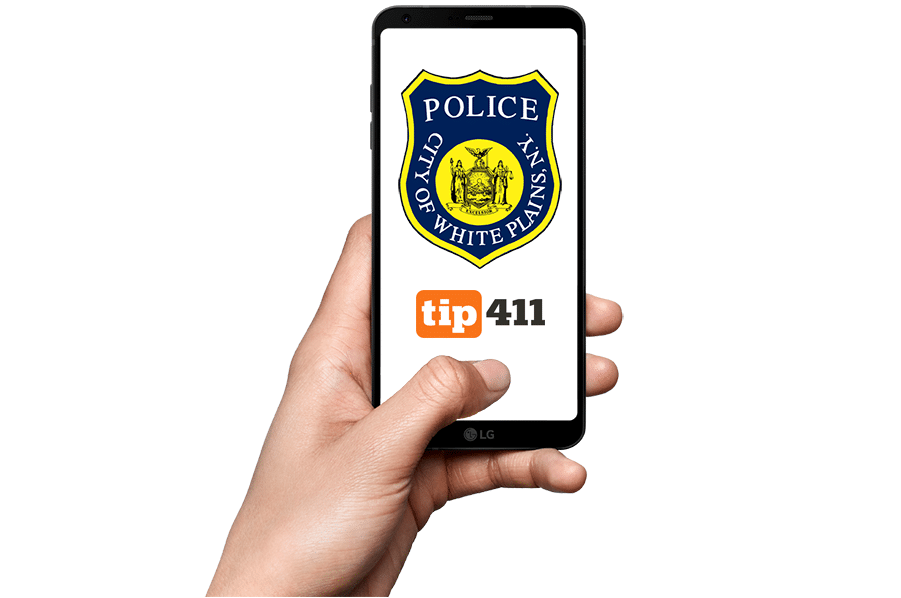 The White Plains Public Safety Department has launched a White Plains Police App that allows the public to share important public safety information anonymously with police by sending them a secure message about crimes or suspicious activity in White Plains.

Like the department’s existing anonymous text a tip system, the new White Plains Police App enables the public to share an anonymous tip with police and lets the officers respond, creating an anonymous two-way conversation.

Anyone with a cell phone may also send an anonymous tip to White Plains Police Department by texting WPPD and their message/tip to 847411 (tip411). Anonymous web tips can also be submitted right from the Police Departments website at www.whiteplainspublicsafety.com

The White Plains Police App and tip411 anonymous text a tip system is 100% anonymous, as the technology removes all identifying information before police see the tips and there is no way to identify the sender.

“This system has been successful in communities across the U.S.,” said Terry Halsch, President of tip411.  “Departments have been helped tremendously by members of the public who have sent anonymous messages to police with important information that often leads to arrests.”

For more information:  https://whiteplainspublicsafety.com/submit-a-tip/. Those with questions are asked to call White Plains Police Department at (914) 422-6104.