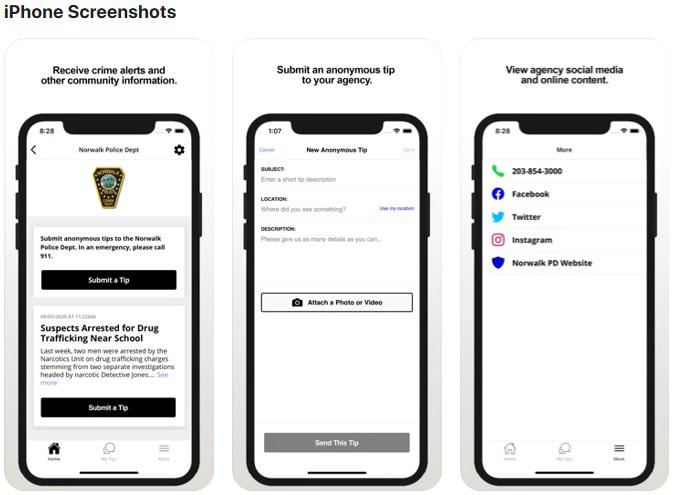 The city’s police force has introduced a new way for members of the public to anonymously share information about crimes or suspicious activity through the launch of a new smartphone application.

tip411 is an internet-based service that allows people to text an anonymous tip to police. The department said once a tip is anonymously submitted, an officer can respond back in real-time, starting an anonymous two-way conversation.

Through this new application, which can be found on the Apple Store for iPhone and Google Play for Android, the public can now reach police by downloading the “NORWALKPD” app and submitting the information there, or by using their cellphone to text “NORWALKPD” and the information to 847411.

Members of the public can still submit anonymous tips through the Norwak PD website or by calling 203-854-3111.

The department announced this new method to submit tips less than 24 hours after renewing a call to the public for any information regarding a 2006 unsolved homicide.

Fulton Raines, 33, was found in his car with a gunshot wound to the abdomen outside the William Moore Elks Lodge around 2 a.m. on June 11, 2006. The lodge hosted a large gathering hours earlier and “numerous fights broke out” outside, police said. An award is being offered for information that leads to an arrest and conviction in the case.