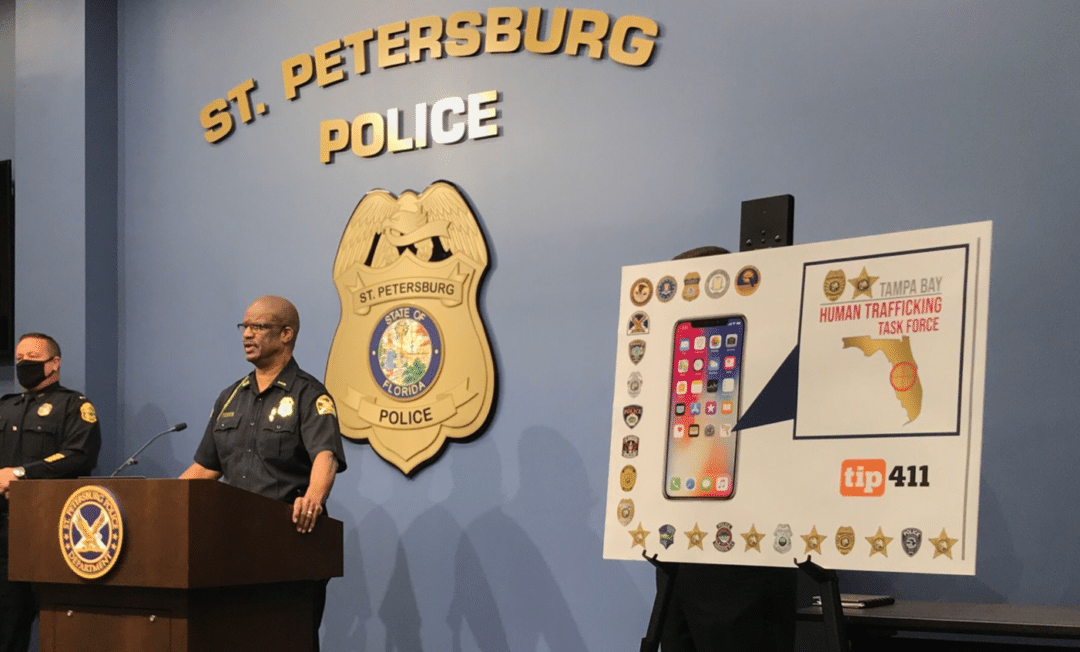 A regional task force devoted to investigating human trafficking launched an app powered by tip411 where users can submit tips.

Watch the report from FOX13:

“We wanted to make sure that our victims had a way to contact us, and also that our people that were witnessing some type of human trafficking,” said Holloway, whose agency was tasked with creating the task force via a roughly $741,600 grant from the Department of Justice.

Anyone with information can also send a tip by texting HTTF to 847411 along with the information.

Departments participating in the task force include the Pinellas, Hillsborough, Pasco and Hernando sheriff’s offices and the Clearwater, Largo, Tampa, Zephyrhills and Dade City police departments.

Read the full story from the Tampa Bay Times