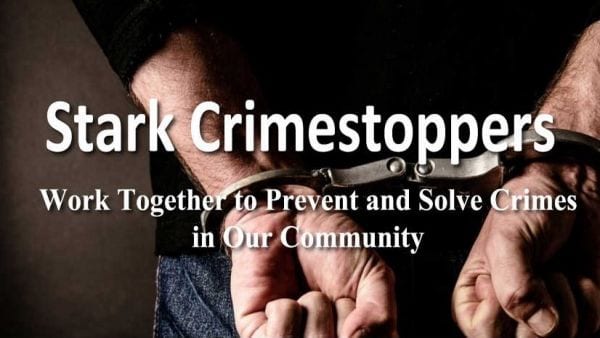 Stark County has new app for tipsters to solve crime

The Stark County Crime Stoppers nonprofit has rolled out a new crime-reporting system that will put the power of reporting a crime anonymously into the hands of the public.

“Our mission is to keep the community safe and gather any information we can to help solve crime,” Ferrero said in a news release. “We believe the new StarkCo Crime Stoppers app from tip411 will make it easier for residents to contact law enforcement with information to help keep their community safe.”

Now the county Crime Stoppers group, spearheaded by Ferrero’s office, has a Tip411 line covering the entire county, although the service will also accept tips for crimes that involve the city, Ferrero said.

“We did the research. There are over 1,500 communities in the United States that have Crime Stopper programs and most of them tip411 systems that have been very beneficial to helping law enforcement receive tips on crimes,” Ferrero said.

Tipsters need only download the free StarkCo Crime Stoppers app via Google Play Store or iTunes App Store on their smartphones. They can also send text messages to the Crime Stoppers website.

Although they won’t know who they’re talking to because the technology removes all tipster information except for a number, the officers can respond to the tipster via the tip411 system to create an anonymous two-way conversation.

The tips or information should be about crimes that have already occurred.

“Now, if a citizen sees a crime in progress, they should call 911. That’s important. Don’t waste time calling tip411 on a crime that’s already in progress. Hurry up and call 911,” the prosecutor said.

Police won’t know who is calling.

“We don’t know the phone number, we don’t know the IP address,” Ferrero said, noting that the information is “all anonymous because a lot of people are hesitant, perhaps out of fear of retaliation, or they just don’t want to get involved.”

Police would rather have the information than know who’s giving it because they simply want to solve the crime.

Tipsters can not only submit information about crime, they can also check to see whether a case has been resolved and whether they qualify for reward money, he said.

Reward money amounts are determined by the Crime Stoppers Board of Trustees. The higher the visibility of the crime, the larger the reward, he said.

To send a message to the county’s tip411 program, Ferrero said tipsters should download the app, text the keyword “STARKTIP” to 847411, add a space and then type in the tip information.

The prosecutor said that with the nationwide slowdown currently in progress due to the coronavirus precautions, make this an excellent time to visit the website at starkcrimestoppers.com and download the app.

“It’s really helpful. Everything we can say in our reporting to the public is there,” he said.

Read the full story from CantonRep.com