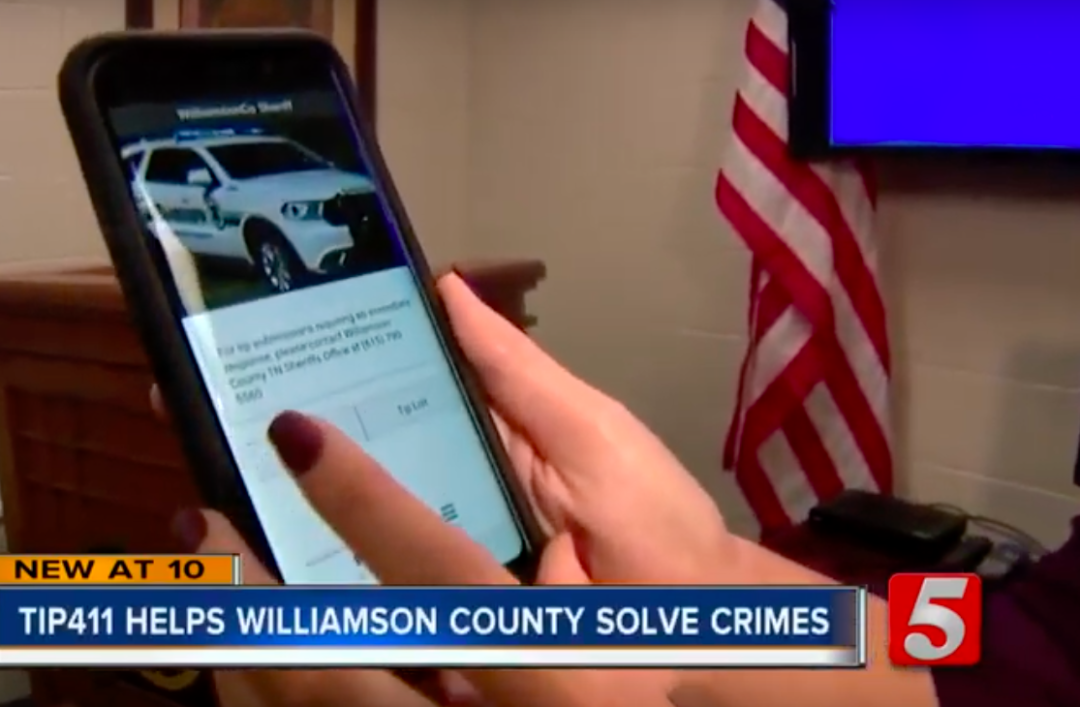 The Williamson County Sheriff’s Office is using new technology to make it easier for the community to send in tips on crimes.

With the click of a button a tipster helped culminate weeks of investigation leading to the arrest of a man for selling methamphetamine. It’s a crime the Williamson County Sheriff’s Office would likely never know about if it weren’t for their tip411 program. It’s way to send a tip anonymously through a cell phone or computer.

“With tip411, it’s all done digitally,” Williamson County Sheriff’s Office investigator Paul Lusk said. “You can do it through the county website, our Facebook page, through text message.”

Anyone with a tip can text tip411 (847411) using the keyword ‘tipwcso’ before texting whatever tip the user wants to send. Tipsters can also use an app through iOS and Android, WilliamsonCo Sheriff.

“All of the information is filtered out as far as identifying information and we receive the tip almost instantaneously,” Lusk said. “There’s no way for us to subpoena or court order tip411 to give us the information of who sent the tip in.”

An investigator may respond back to the message looking for more information, but Lusk says they have no way of actually identifying who wrote to them.

They’ve received about 300 tips since the program began about two years ago. Lusk says roughly half of them have led to an arrest. Tipsters can still call Crime Stoppers or departments directly, but tip411 allows for complete anonymity.

“A lot of times people who send in tips are friends and family of the people that they’re tipping about or giving information about and they don’t want to be the black sheep of the family,” Lusk said. “They don’t want to have retaliation.”

Lusk says most tips have been drug related, but hopes more messages will lead to arrests on all sorts of crimes they may never know about without the community’s help.

“We have limited staff. We’re actually shorthanded right now. If we only have six or seven guys covering the entire county, they can patrol around and see what they see going through neighborhoods and try to proactively stop crime, but to us it’s more important for the neighbors, coworkers, just the community in general to be able to see stuff,” Lusk said. “They see it 24 hours a day. They live with it and there’s no way for us to know that some of that stuff is going on unless it’s reported and we feel like this is a safe way to do it.”

Anyone who is in an emergency should call 911. The Williamson County Emergency Management Agency is still working on a county wide program for texting 911 they hope to implement in summer 2020.

Lusk also reminded the community to save the tip411 for crimes because they investigate every tip that comes in seriously.

See the full story from NewsChannel5.com