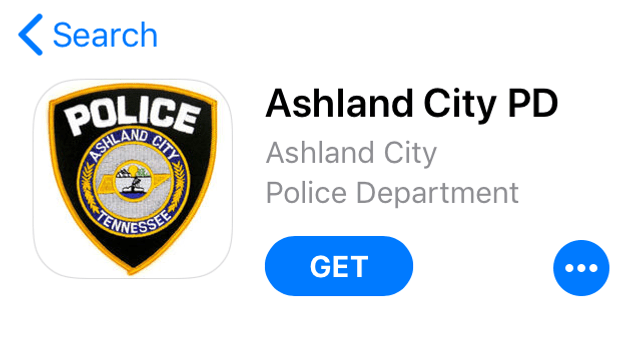 Ashland City residents can download an app to better communicate — even anonymously — with their local police department.

The Ashland City Council approved a contract with tip411 in September, a three-year contract covered by the police department’s budget, Chief Marc Coulon explained at the meeting.

Tip411 is a web-based tool used in law enforcement agencies, schools and coalitions, according to its website.

Ashland City’s police department “is increasing its crime-fighting arsenal” by launching the avenue for the public to find information, receive alerts from the department and submit anonymous tips. Officers can respond back and engage in conversation with the anonymous tipsters.

The free app is available to Apple and Android users, and residents can also sign up using the Town of Ashland City’s website. Those without a smartphone can also send anonymous tips by texting ACPDTIP and their message to the department to 847411 (tip411), according to a tip411 release sent by the Ashland City Police Department.

“Our mission is to reduce crime and the fear of crime through outstanding police services in partnership with the community,” Coulon said in the release. “We believe the addition of this new app will allow us to have an even deeper crime-fighting partnership with our residents.”

Coulon previously told the Times that even Cheatham County residents outside of Ashland City can use the app to send anonymous tips to the Ashland City Police Department, which can relay the tip to the correct jurisdiction.

Ashland City police can also send notifications — including maps, images, links, case information, suspect or missing person information and more — to users. Those alerts can also be posted to the department’s social media accounts. Deputies will be able to log into tip411 from anywhere with internet access on any device.

Read the story from the Nashville Tennessean