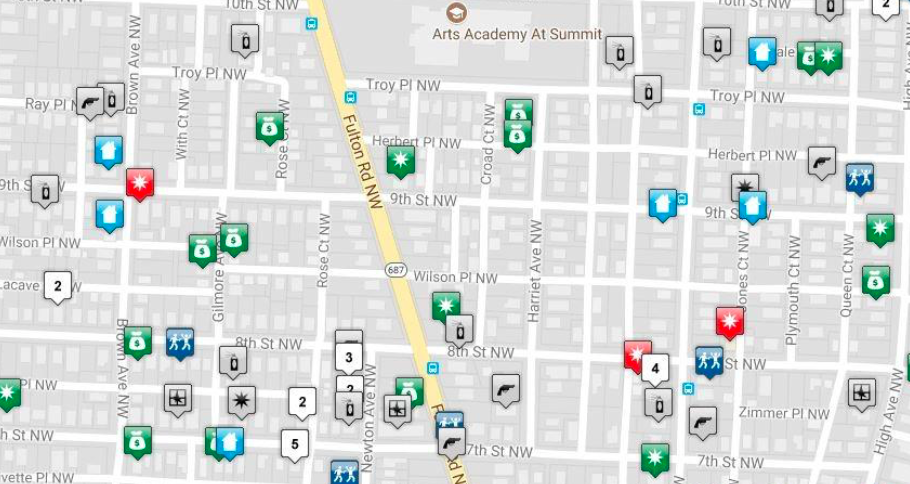 A recently debuted crime map allows Canton residents to see when and where robberies, burglaries and other crimes have occurred.

The map, a service provided at no additional cost as part of the Canton Police Department’s Tip411 subscription, is accessible at cantonohio.gov/police or communitycrimemap.com. Searches can be refined by address, date range and offense.

“One of our mantras has been ‘an informed community is a safer community.’” said Canton police Lt. John Gabbard. “We want people to know and be aware of what’s happening in your community.”

The option to create a map isn’t new, he said. It’s offered nationwide through Tip411, which allows people to send anonymous tips and receive police alerts, in partnership with data company LexisNexis.

As the department increasingly has used data to inform policing the past five years, record-keeping has reached the point where a map is feasible. Gabbard estimated police reports uploaded to the system are matched to the right location 97 percent of the time.

“As we improve how we can read our information and store it, then it makes a lot of things possible, and this is just one of those things,” Gabbard said.

Read the full story from the CantonRep.com