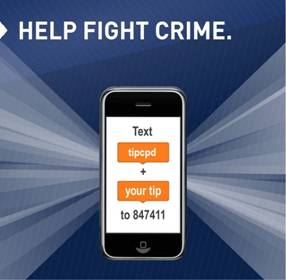 The Clinton Police Department is extending another avenue of communication to the public, this time an alert system that allows citizens to get up-to-the-minute information on crime, traffic, weather and local events.

The Tip411 Alert System is a component of the department’s existing Tip411 program designed to keep residents as informed as possible, while allowing police and those they serve to easily interact with each other. The department has been testing the system, which is similar to what other municipalities and colleges use.

Citizens choose to participate in the program and receive a text in the event of an emergency or other major events. The program is similar to the city’s ConnectCTY, but more direct and quicker than a phone call, city manager Shawn Purvis noted.

“This program allows citizens to subscribe to this alert, which they can receive either by text or email. It will alert people to such things as crime — say we have car break-ins in a neighborhood that we want to tell people about — or events, like a triathlon or N.C. 24 work, and we may have some traffic situations,” Police Chief Jay Tilley said.

Read the full story from the Sampson Independent.