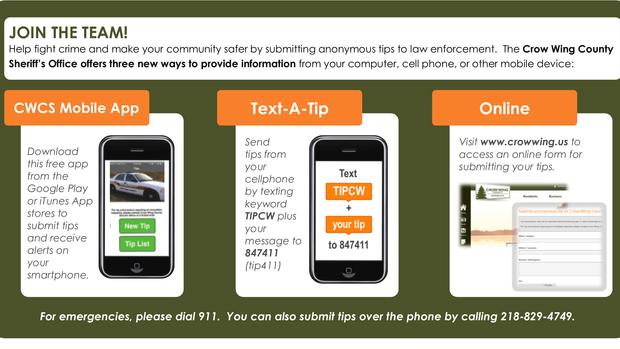 A 36-year-old Deerwood man was arrested Saturday for receiving stolen property following the recovery of a stolen all-terrain vehicle on the 22000 block of Cottontail Drive in Cuyuna.

Crow Wing County Sheriff’s Office was called at 12:39 p.m. about a recovery of a stolen 2013 Polaris Razor ATV from the Cottontail Drive residence, which was originally stolen a few days prior at a residence on Placid Lake Drive in rural Deerwood. While deputies were at the residence, they also located additional stolen property from other residences including four-wheeler, and a boat and trailer that had not been reported stolen yet as the owner didn’t know it was missing until deputies contacted them.

The 36-year-old Deerwood man, who was arrested for having the stolen property and is in jail awaiting formal charges, also is on probation for third-degree sale of a controlled substance and has a lengthy criminal history, the sheriff’s office reported.

Sheriff Todd Dahl reports the recovery was the direct result of the TIP411 program which was implemented about four months ago.

“The program works exactly as it was designed to do,” Dahl stated in a news release. “It allows people to submit anonymous tips through their phones or computers directly to our investigators. It’s a great tool.”

Read the full story from the Brainerd Dispatch